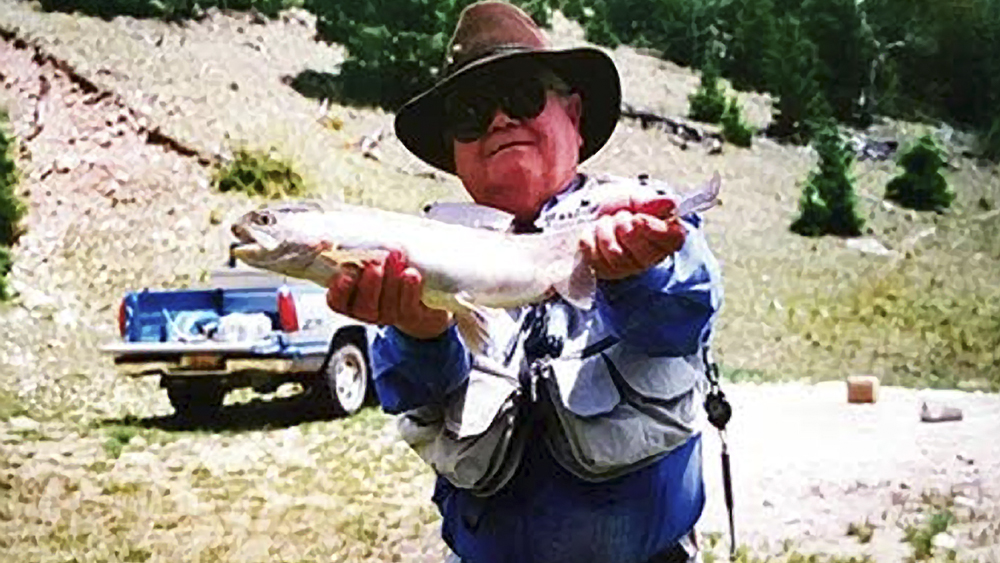 RED RIVER — Don Buchanan and his wife Loveta were lured to Red River in August 1970 where Don had been a regular visitor since 1932.  They purchased Starr Bar-B-Que from Wanda Barnes in 1971 and had a child. By 1974 the Buchanans had purchased the Starr Trading Post from Barnes and were on their way to developing a devoted customer base. In 1977 Don Buchanan decided to close the barbeque and expand the store.

Under the Buchanan’s ownership of the Starr Trading Post, the store has been known as one of the go-to places in Red River for fishing supplies. Don Buchanan was especially fond of fly fishing and kept an extensive collection of flies and fly fishing gear for sale in the shop. His passion for the store and fishing lasted his whole life. After he handed the day to day management of the store to his daughter, Heather Larson, in 2001 he was regularly in the shop saying “Hi!” to long time customers and friends until 2011 when he moved to Colorado State Veterans Home at Walsenburg, Colorado.

Larson has kept up the family tradition and has expanded its reputation hiring several fly fishing guides  to help behind the counter when they aren’t busy on the water.

Buchanan was involved in the fish stocking committees with the Red River Chamber of Commerce. He was a volunteer firefighter, member of the Kiwanis Club and also helped found the Red River Academy, a short-lived private school. He never served on the Red River Town Council. Larson said, “Every time he would go to a council meeting he would come home so irritated my mother told him he couldn’t run.”

From Amarillo, Vega and Bushland, Don grew up on Matador Ranch, 80 miles northeast of Lubbock, according to Larson. Buchanan was born on March 9, 1926 and was able to join the U.S. Navy when he was 16 after talking his mother into signing for him. His service during World War II was in the South Pacific theater. After the war Buchanan graduated from West Texas State College with a degree in education. Don Buchanan eventually made his way to Denver where he was a personnel manager for a meat packing plant before moving to Red River.

Don Buchanan passed away on March 12, 2015 at the Colorado State Veterans Home. He was preceded in death by his wife Loveta. He is survived by his daughter, Heather, son-in-law Chris and granddaughters Bella and Zoë.

The family requests donations to be made in Don Buchanan’s name to Disabled American Veterans, Wounded Warrior or the Red River Valley Educational Foundation.