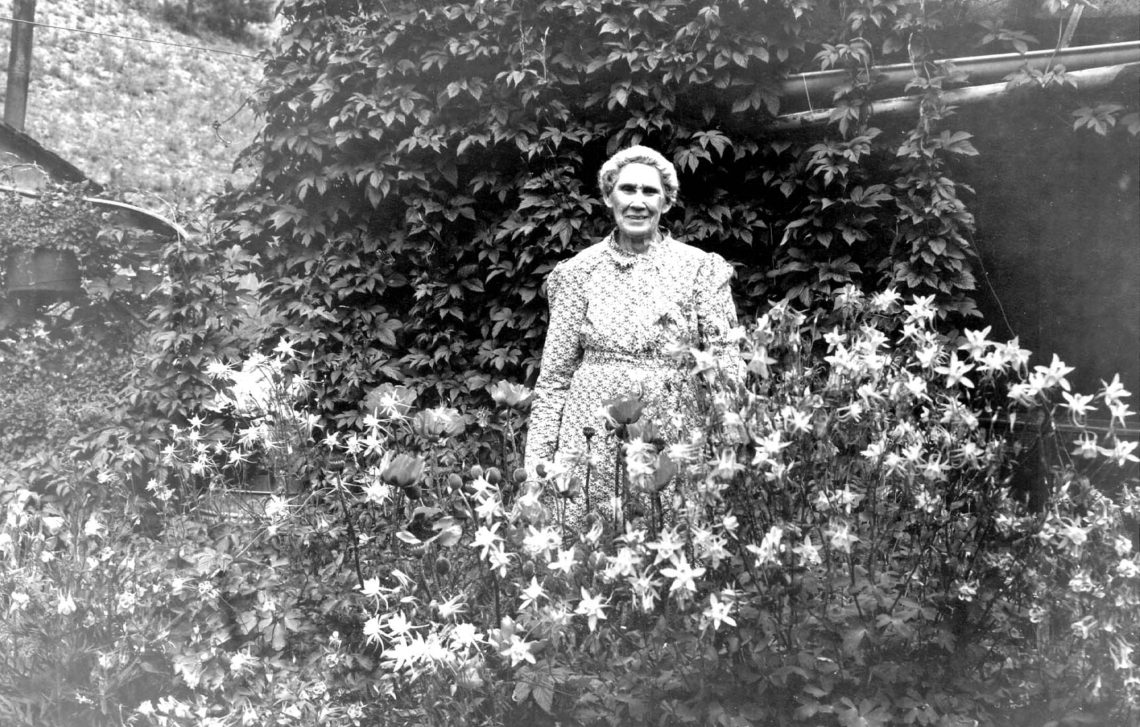 Rebecca “Aunt Becky” Coffelt, who helped operate the “Esther” mine from the late 1800s through the 1930s, was known for her cabin’s interior decorating.

In her book, “Wagon Days in Red River,” longtime Red River resident Winifred “Winnie” Hamilton said children and other visitors were “attracted by the ceiling and walls papered with pictures of children, birds, flowers, movie stars and presidents.”

But she was mainly known for her garden.

In the booklet “Red River New Mexico, Your Mountain Playground,” published in l938, Laura R. Krehbiel, described the garden as “a beautiful garden of mountain flowers; delphiniums which tower over your head, all kinds of columbine, bright yellow poppies, and so many others that her yard in midsummer is a riot of color.”

The late Lottie Tweed said, “It took Aunt Becky 2 hours every day to water her garden because she had to walk to the river and carry it back in buckets… There were so few people who planted a lot of flowers like that.”

Excerpted from a story by Ellen Miller-Goins that appeared in the Sangre de Cristo Chronicle’s 2000 Summer Enchantment.